For over a century, The Beck Group’s unique approach to architecture and construction has led to trendsetting, groundbreaking, and award-winning work. Today, it is one of the nation’s largest integrated design-build firms. With a focus on delivering the owner’s vision and architectural design intent on time and within budget, it’s easy to see why more than 90% of the firm’s projects serve repeat clients.

One of those clients is Simon Property Group, the owner of the South’s premier luxury shopping destination, Phipps Plaza. Since acquiring the mall in 1998, Simon has relied on The Beck Group for multiple projects ranging from parking structures to interior spaces and façade updates at Phipps Plaza. With years of successful projects between them, Simon approached The Beck Group in 2017 with its biggest project yet, to redevelop Phipps Plaza from a mall into a mixed-use, upscale property with a 150-room Nobu Hotel and restaurant, 13-story office building, outdoor event venue and 90,000 square foot athletic facility.

To redevelop Phipps Plaza, The Beck Group would need to demolish an existing department store and parking deck to create a new buildable area in roughly the same footprint, all while keeping the existing mall active. In addition to a tight schedule that would minimize impact to retail revenue, the project presented its fair share of challenges. Existing utilities, pile caps, and other structures created a below-grade obstacle course that would be difficult to navigate during planning and construction. At the same time, attaching new construction to the existing mall would require precision.

“Not only is this project extremely complex, but it’s also the first of its kind to repurpose an existing mall this large in North America,” said Tim Riefenberg, BIM manager for The Beck Group. “We’re a tech-driven firm, so it was clear early on that we would need the most advanced technology to help us overcome the challenges and deliver the project on time.” 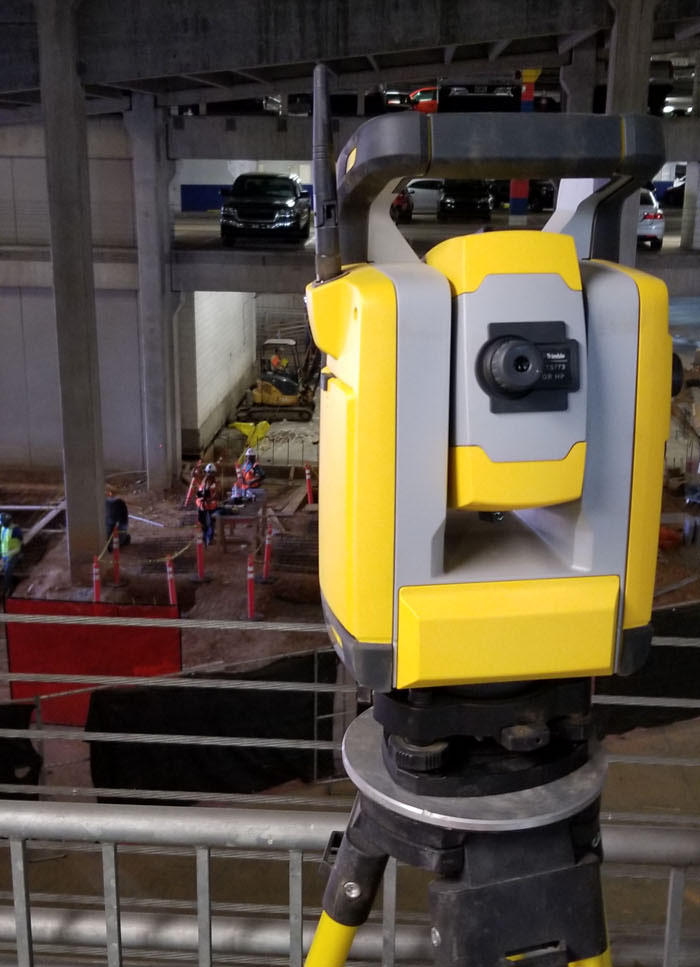 Collaboration and data sharing between the office and the field played an important role in the project from the start. In the field, Trimble Connect allowed The Beck Group’s field crew to download and view data-rich 3D models in real-time on Kenai rugged tablets. “The ability to work from one source of data and extend the value of the model with Trimble Connect has been amazing,” said Riefenberg. “We can control the information that goes out to the field from one point of contact. The project’s electricians, drillers, and mechanical and plumbing crews are all working from the same data-rich constructible model. Hands down, it has helped us eliminate errors and work faster with incredible accuracy.”

Trimble Field Link with the RTS773 allowed the crew to easily pinpoint locations from the 3D model and also document existing conditions for real-time data sharing between the field and the office. “As our field crews were laying out the new structure, they were also capturing existing conditions that would provide critical insight for the demolition of the existing structures,” said Riefenberg. 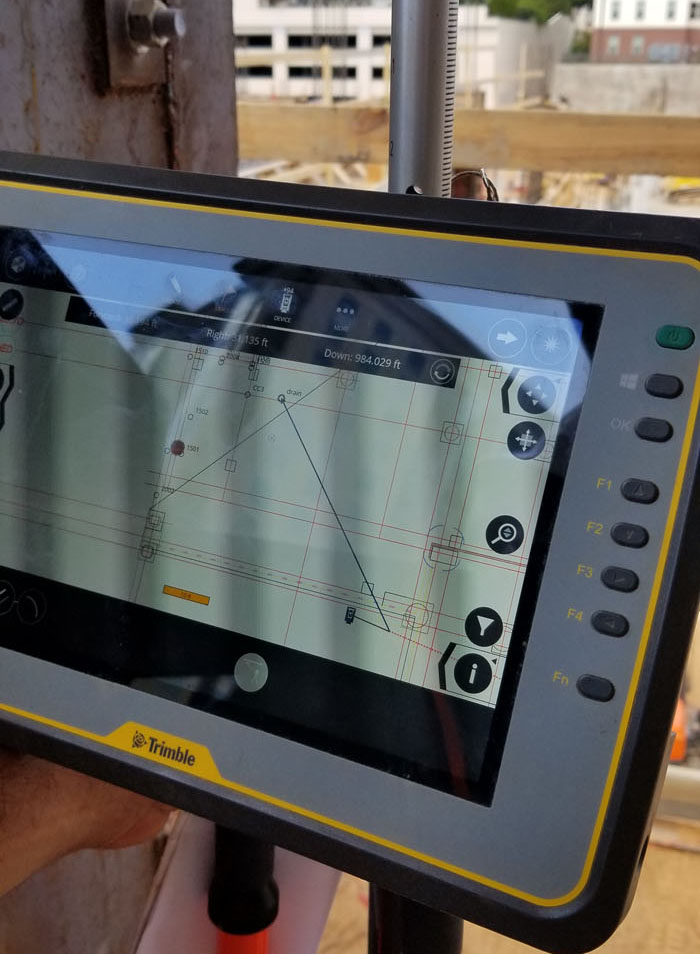 “When we made a change in the field, Berkel’s crew would already have the updated file when they arrived on site the next day,” said Riefenberg. “Without the technology, making a change would require us to estimate an RFI, wait for the architect and structural engineer to review the change and then communicate with the pile installer, which would take weeks.”

In addition, each pile had a 3-inch tolerance, making accuracy extremely important during drilling. “Working from the same model across teams gave everyone the confidence to drill with precision in the field,” said Riefenberg.

The project also presented significant challenges related to grading and elevation. There were no drawings to indicate grading throughout the site, so the team went to work to capture existing topography using Trimble Field Link and RTS773. “Without the robotic total station our architects and engineers would have needed weeks for redesign, which could have delayed this phase of the project,” said Riefenberg.

To help its crew visualize existing utilities and routing of new utilities, The Beck Group used Trimble Connect for HoloLens, a mixed reality solution for project coordination that provides precise alignment of holographic data on the job site, enabling workers to review models overlaid in the context of the physical environment. “It was incredible to walk through the site and visualize the civil drawings overlaid in the physical space. Our crews could see existing utilities and where new utilities would be routed at the same time. It helped our crew better plan for excavations and avoid costly mistakes.”

In order to ensure that The Beck Group maximized its use of Trimble’s tools and technology, Building Point Southeast, a Trimble distribution partner, worked closely with the project engineers to train them and help get them quickly up-to-speed. 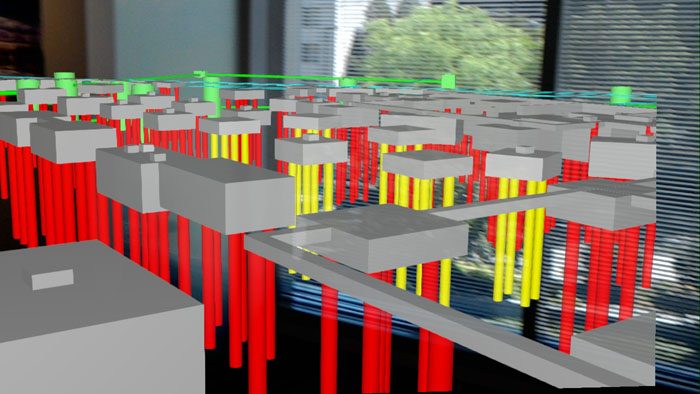 As the Phipps Plaza project evolves, The Beck Group will continue to use Trimble’s software and hardware solutions to facilitate a collaborative workflow among all key stakeholders and to maximize the productivity and efficiency of everyone involved.